Collaboration with Qais Assali The Chicago Cultural Center, Chicago, IL, USA, 2020 The Lubeznik Center for the Arts, Michigan City, IN, USA, 2019 6018North, Chicago, IL, USA, 2018 Concrete, silk velvet, pending licensing agreement - The Arab lady passing by said that this building was built by Arab nobles. Assali said who are the Arab Nobles and how do you know this?

Assaley first brought Assali to the Medinah Temple to show him the unusual tarboush she found inside of the Bloomingdale’s display cases. Upon entering, Assaley and Assali first faced the plaque which venerates the building’s original Oriental Guide, John P. Garner, among other Shriner officers. A.A.M.O.N.S. stretches across the top of the plaque.

The Arab tourists and diaspora Assaley and Assali encountered while taking the mold of the Medinah Temple’s bawaba (gate) stopped to see this Arabesque building in the center of a Western cosmopolitan city. Next to the bawaba’s misspelled Arabic and distorted Islamic geometry, onlookers were met with Western stained glass, woodworking, and brick wrapping around the entire exterior. 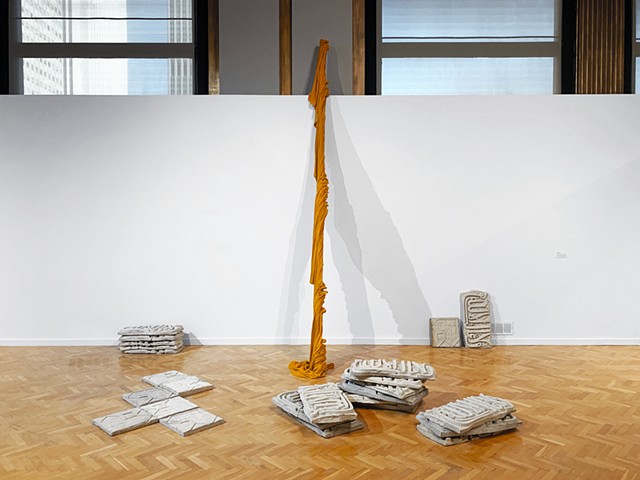 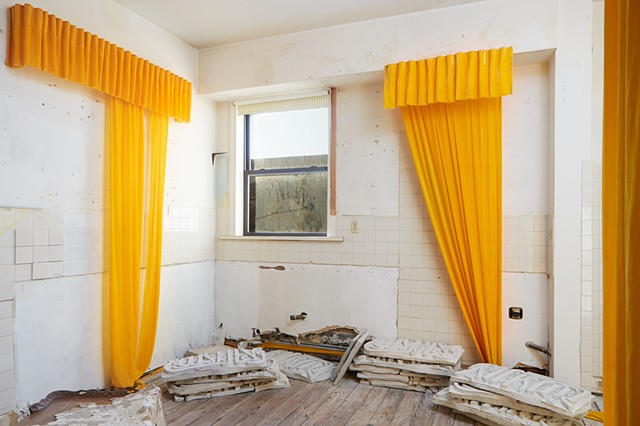 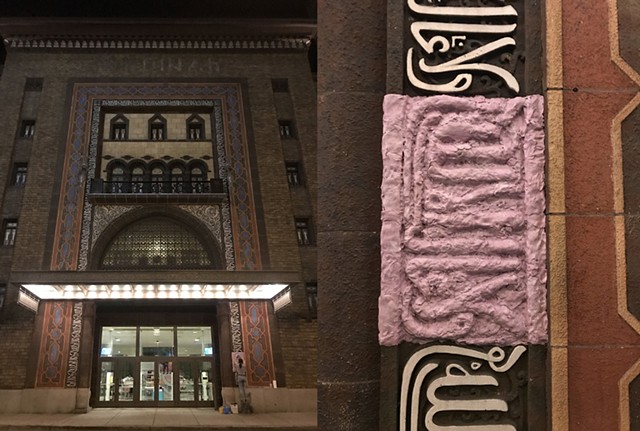 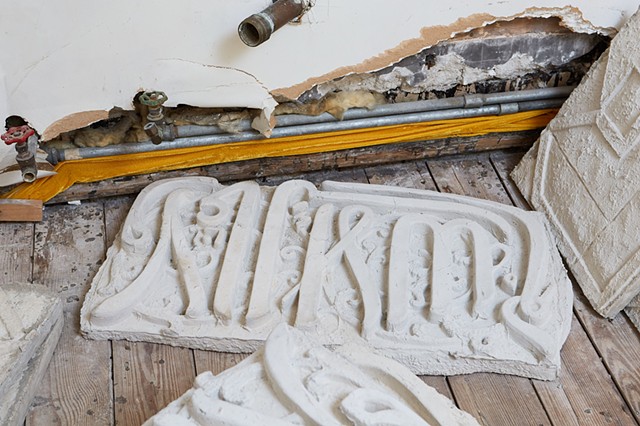 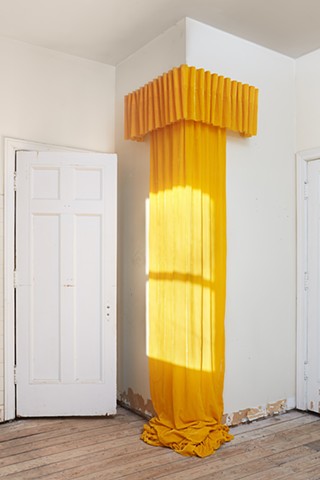 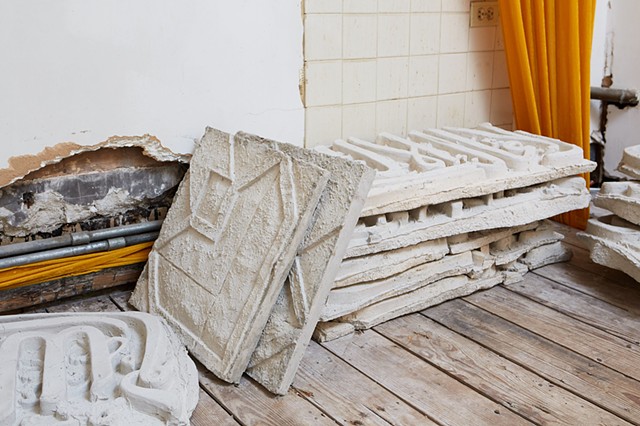 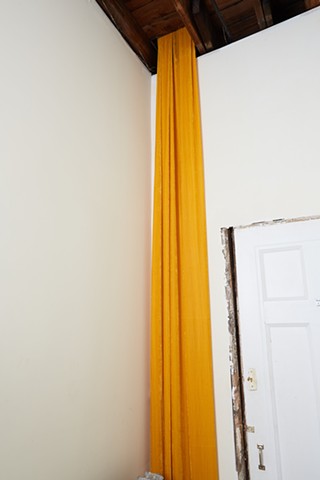